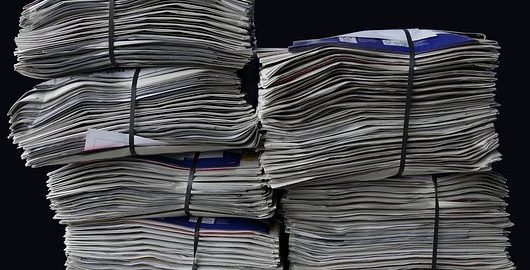 The Coalition Government today has announced a number of new measures to support regional and small publishers and create local jobs.The new measures, which are in addition to the Government’s media reform package, and subject to its passage, include:

The fund could allocate grants to programs and initiatives such as the purchasing or upgrading of equipment and software, training, development of apps and business activities to drive revenue and readership, all of which would help small publishers to expand their businesses and create more jobs.

Minister for Communications, Senator the Hon Mitch Fifield, said the measures recognised the challenges faced by the regional media industry.

“Our media reform package is all about strengthening Australian media organisations. These measures will support regional media companies and enable them to grow their businesses and create more jobs,” Minister Fifield said.

Member for Barker said the new measures would be a welcome support for regional media organisations which are facing new challenges in the digital age.

“Assisting small publishers and regional newspapers to innovate in the digital media environment will go a long way to maintaining these organisations and create more local jobs,” Mr Pasin said.

“The cadetship program is another great initiative which will boost employment opportunities through funding for more cadets in the regions. This program together with funding for 60 regional journalism scholarships will give regional Australians the opportunity to access journalism training that they haven’t had before.”

The Government’s media reform package currently before the Parliament has the unanimous support of the industry.

It will give Australian media organisations the opportunity to reconfigure their businesses and compete with online platforms such as Google and Facebook.

“The reforms are vital for the future viability of Australian media organisations and local jobs. It will unshackle the industry by freeing it from laws and regulations, which date back to the 1980s before the internet existed,” Mr Pasin said.

Happy 11th Birthday Mount Pleasant Farmers Market - Southern Barossa!!
One of the best markets in South Australia, and call me bias, but probably one of the best in the country! ... See MoreSee Less

Agree with you Tony