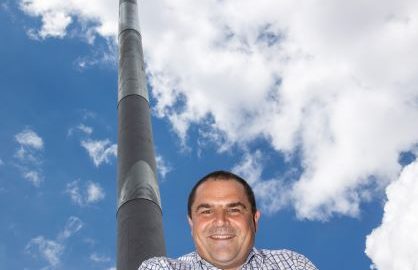 Member for Barker and Shadow Assistant Minister for Infrastructure and Transport, Tony Pasin MP is warning of millions in budget cuts to regional communications initiatives under the Federal Labor Government.

“Federal Treasurer Jim Chalmers is warning that his forthcoming budget will contain what he calls difficult decisions. I’m very concerned that this will include cuts to regional communications initiatives, which ultimately means less capacity to address mobile black spots in our regions, including here in Barker” Mr Pasin said.

The Coalition made great headway in addressing the mobile black spot issue, delivering more than 1,270 new mobile base stations across Australia, including 30  in Barker.

In contrast, last time Labor was in Government they invested $0 and delivered 0 new mobile phone towers.

The Federal Budget handed down by the Coalition Government in March this year included an additional $1.3 billion investment to improve regional communications, with $811.8 million for a new Connecting Regional Australia initiative; a large scale, flexible, multi-year fund that would enable strategic investment in digital infrastructure and skills.

Following the Federal election in May, Mr Pasin wrote to the new Minister for Communications Michelle Rowland MP, reiterating the importance of addressing mobile blackspots and encouraging the Minister to ensure communities remained at the centre of identifying locations for Government funding. Mr Pasin said he was yet to receive a response to his letter sent in June.

“What hope do we have in continuing to address mobile phone blackspots under Labor if the Minister can’t even be bothered replying to a letter about the issue,” Mr Pasin said.

“So far all I’ve seen from the Labor Government to address mobile blackspots is pledges for spending in Labor-held and marginal seats, none of which are in South Australia.”

“The Coalition’s $811.8 million Connecting Regional Australia initiative is under threat, and I fear the small amount of funding it will be replaced with will not be spent in electorates like Barker.”

“A functional mobile phone service is no longer a luxury it is a necessary business tool and in the case of regional communities it is also a key piece of safety equipment.”

Limestone Coast sporting champions! 🏀🏑🏊
I met up with a few of the 2022 Local Sporting Champions from across the South East this week to congratulate them on their sporting achievements and present them with certificates.
The Local Sporting Champions program is an Australian Government initiative which provides funding assistance to young sportsmen and women who are participating in a state, national or international sporting competition. The funding grant can contribute towards the cost of travel, accommodation, equipment and/or uniforms for the nominated sporting competition.
for more info on the grant go to:
www.sportaus.gov.au/grants_and_funding/local_sporting_champions ... See MoreSee Less