HER MAJESTY THE QUEEN 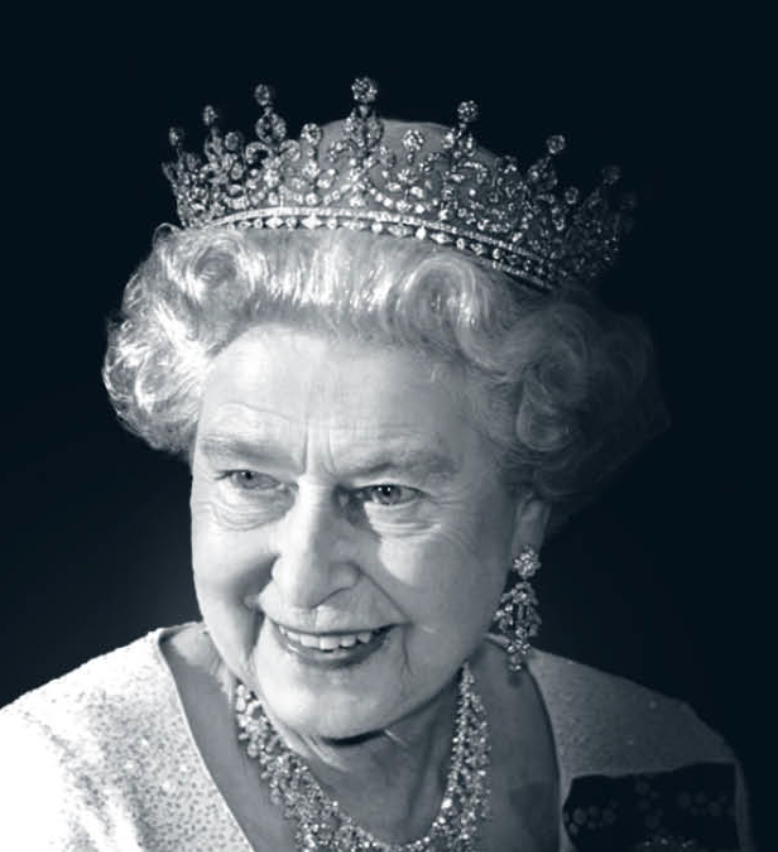 Delivering for communities across Barker 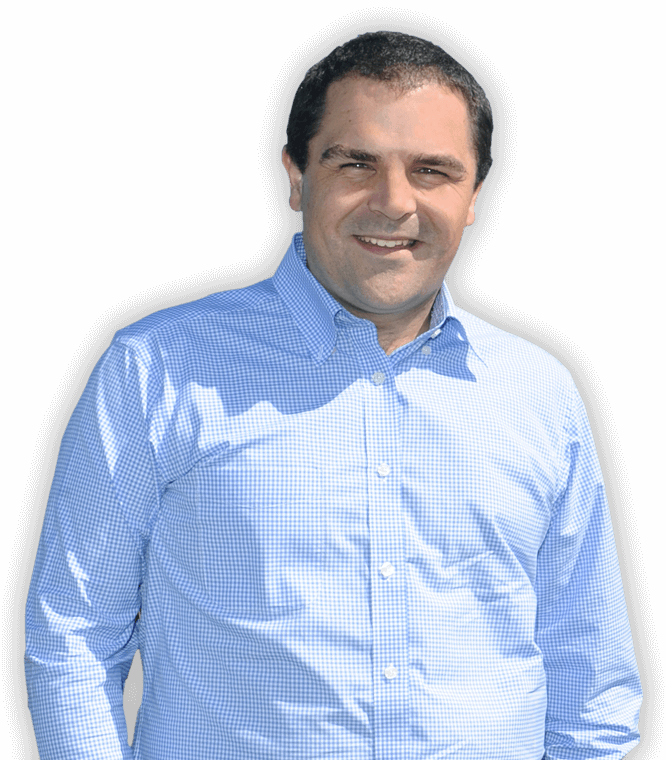 It is named for Collet Barker, an early explorer of the region at the mouth of the Murray River. The 63,886 km² seat currently stretches from Morgan in the north to Port MacDonnell in the south, taking in the Murray Mallee, the Riverland, the Murraylands and most of the Barossa Valley,

Keep up to date with Tony

☀️Wellington East turned the sun on today for the official opening of the newly upgraded reserve!
I secured $450,000 from the Coalition Federal Government's Murray Darling Basin Economic Development Program in 2020 for the project that has seen a new floating pontoon, new toilets, BBQ facility and shelters, and landscaping.
It’s projects like this one that help to create vibrant rural communities and ensure they remain great places to live, work and raise a family. ... See MoreSee Less

🚧PRINCES HIGHWAY 🚗
Works are starting soon on projects that form part of the $190 million Princes Highway Corridor Upgrade.
Overtaking lanes (both north and south bound) between Meningie and Salt Creek as well as between Millicent and Tantanoola and junction upgrades will all be delivered under the project that is set to begin this month.
This project forms part of the Coalition Government's $120 billion infrastructure pipeline. ... See MoreSee Less

What has happened to our under maintained MALLEE HIGHWAY . ALLAN

Over $4 million to be spent on 2 bloody rest stops that will be nothing but a bitumen pull off 500m outside of Salt Creek… They will clear over 10 acres of scrub and have to truck in thousands of tonnes of fill to build it up to road height. Yet the same department says it can’t fix up the entrances and area at Salt Creek and refuses to clear @50meters of box thorns and the same scrub so The Salt Creek Roadhouse can safely and effectively operate.. I think this is clear proof these departments WANT Salt Creek off the map… it’s been a truck stop and rest area for millions for 95 years yet not a dollar has been spent in 30 years on its up keep, maintenance or facilities… Now they will waste millions 2 kicks of a footy outside of the township. The truckies have already said to the department they won’t use it and want Salt Creek repaired. How many more crashes and injuries will it take until someone acts. This isn’t right Tony…!

Brilliant I hope though that the road surface doesn't start falling apart as fast as the last Works... earlier this year. There's a plethora of pot holes and entire patches that have fallen apart.

CHILDCARE: I've been fighting for Federal Government funding to address the lack of childcare access in Kingston SE for some time. It's been an issue in that community for half a century.
But I have been hearing more and more from regional communities in recent years is that childcare 'deserts' are becoming a widespread issue. The Labor Government has no plan to address access issues. In fact, I'm concerned that expanding eligibility for the childcare subsidy to those earing up to $530,000 may see the places become even more scarce as more people chose to use childcare. ... See MoreSee Less

Labor is preparing to break a promise and take away tax relief that will mean 95% of Australians would pay no more than 30 cents in the dollar.Anthony Albanese and Labor backed tax cuts for millions of Australians before the election. Now it appears they are preparing to walk away from that promise. ... See MoreSee Less

Welcome to the ALBO show. Hope the people who vote for him and his mates are happy with it. Guess we will have to see next election

You better have a chat with Bridget Archer Tony. She seems to have a pretty common sense view, unlike most Liberals

Bull shit you are a bad lousier

Labor lied all the way to victory

They need to also make big business pay fair tax, instead of having an off shore office and are raiding our resources.

And your mob did the same

What proportion of your constituents are earning more than $200,000, Tony? Those tax cuts will line the pockets of the 1 percent at the expense of the rest of us. Handing more money to the rich at a time of high inflation and a slowing economy will just increase the already vast gap between the rich and the rest of us. That is simply irresponsible.

Tax cuts, to be implemented many years into the future shouldn't be legislated by any party. The world is very different since that was legislated. How are these cuts going to be funded Tony??? What services are people going to lose? Funny how deficits don't matter any more after the LNP produced 10 consecutive deficits.

Today is headspace day.
Since it's establishment 16 years ago under the Coalition Government, headspace has benefited over 770,000 young people between 16 and 24y.o across the country.
I'm so proud of delivering additional headspace services in Barker since I was elected. We now have a headspace presence in the Limestone Coast, Riverland and Murraylands regions.
I'm working on getting a local headspace for the Barossa Valley because I see the benefit these services bring for our young people, particularly in the regions.
In the meantime, remember to Pause, Reflect and Reconnect to look after your mental health.
Go to headspace.org.au/reconnect for simple tips. ... See MoreSee Less

Thank you Tony Pasin MP for recognising the benefit of headspace services for our young people. 👏

It's a bit wet in the Mallee today but it's still been great to chat exhibitors about what's happening in and around Pinnaroo at the Show! ... See MoreSee Less

SOUTHERN PORTS HIGHWAY under went resurfacing roads works in May. Now it looks like this.
The State Government seem happy to waste money on resurfacing works that get washed away in the heavy rains we experience in May and June, but Minister Koutsantonis says the Southend Access Road intersection isn't a priority for funding? 🤔 ... See MoreSee Less

Want to show a pic of Riddoch Highway's overtaking lanes just north of Mt G airport on the north bound side, only a small section in the middle isn't effected...its dangerous with the regular drivers changing lanes then back again just to save their tyres

Country roads from the South east to mid north are in the worst shape I have ever seen them in 70+ years! Travelling along these roads is more a dodge ‘em track than a drive. Absolutely appalling!

Mannum to Murray Bridge road is just as bad, if your not dodging pot holes your dodging the areas where the surface is missing, definitely not good on the tyres or the safety of drivers.

Incredible waste!!! Hardly been any good roads made since contractors replaced the Highways Department.

Well he needs to come and travel on our "Mallee Highway" and it isn't even harvest time yet . Allan

How about sharing a solution Tony Pasin MP, do you plan to attempt to find one or just raise the issue and move onto the next. This is the problem when government hands the contract out to the open market. If the road was worked on in 2022 then the contractor who did the job needs to be made to complete the work to a satisfactory standard. Perhaps even getting the Highways department up again doing the roads, handle infrastructure for the people by the government which is meant to serve the people!

Obviously Minister Koutsantonis doesn't use the Southern Ports Highway or it would be a priority for him and the government... So many country roads in bad shape...

Tony Pasin MP, potholes are in the news recently. There certainly are many of them on our roads. The resurfacing was done in May2022 ? When was the decision made by whom to have it done ? If not done in May, should it have been delayed until when ? Who did the work ? Did they provide a warranty ? For how long ? Were / are there any conditions limiting the warranty or requiring a satisfactory standard of work before final payment is made ? That road is part of Highway 1 so is it a federally funded road ? So many questions to answer before attributing responsibility for work done and needed to be done. Perhaps you know the answers ?

The Riddoch Highway needs some work. There are holes just like this all the way from Penola to Mount Gambier.

Take a drive between Nuri and Barmera and beyond. Also just about any main road in great Adelaide, they are all falling apart. Last Government in control was Liberal. Not a lot of road works were completed where they needed to be.

Sadly, nothing outside of his western suburbs seems to be a priority for him.

It’ll continue to happen while they keep making roads with that cheap, crappy, gravely surface; it’s a false economy🤦‍♀️

Practically every road in the district is in a terrible state!

If they don't think it's a priority why should we pay for Adelaide project's. That's right Labor don't win seat's out this way so why should they bother. personal opinion if it's still allowed these days Labor state government's are useless tax wasting f..kers and if state liberal continue with the left woke nonsense SA is going to continue to die off it's already a failing state

That’s typical. It’s Adelaide or nothing

Adelaide is tom koutsantonis, the bloke who destroyed SA future.

Glass houses and stones? We have holes like that in the Murray Bridge to Lobethal road that was upgraded by the Federal government ($14,000,000.) a couple of years ago. You know about the road, since much of it is in your electorate and you commented about it, but not at any community consultation meetings I went to. Not a good photo op I suppose.

🏀 Huge weekend of Basketball in Murray Bridge. With players and their families travelling to the Murraylands for the carnival it’s a great economic and social boost for the local community.
This is why I’ve been advocating for an updated stadium in Murray Bridge because I know the importance of sport in the regions. I’m so pleased to have delivered funding for Stage 1 (coming soon) and I’ll keep advocating for funding to see Stage 2 completed, which is unfortunately in doubt thanks to the new Labor Government and their uncertainty over the Building Better Regions Fund. #SaveBBRF

Thank you for my beautiful birthday card. Very special.

The footy season may be over but the work is just beginning at Mundulla!
Under the former Coalition Goverment's Local Road and Community Infrastructure program, I delivered $300,000 for new changeroom facilities.
Building work to update the facilities will be under way soon now that the season is over.
#PasinDelivers ... See MoreSee Less

“I am committed to be a strong and effective representative to ensure that the views of local communities throughout Barker are heard loud and clear in the Federal Parliament.”

“When I was elected, I committed to the people of Barker that I would work with them and alongside them to build a better Barker… in all the things that we have done, I am confident that we are building a stronger, better, more resilient Barker.”

“I want to see our young people thrive and make a positive contribution to our communities.”